In October, Matthew Watts hosted Indigitous SESSIONS to speak about creating pathways for spiritual growth. When we at Indigitous talk about pathways, we think of it in terms of someone being “known” and “moving” along our spiritual pathways with others they know and trust. To illustrate how this works, Matt shared three case studies (watch the full video below).

The goal of Philippines Campus Crusade for Christ was to start ministries on campuses where there are not currently any movements and empower students to lead those ministries. To accomplish this, they created a Facebook ad targeted to students in those areas. The ad had a clear call to action. “We can help you make disciples and reach your campus for Christ. Want to join us?” 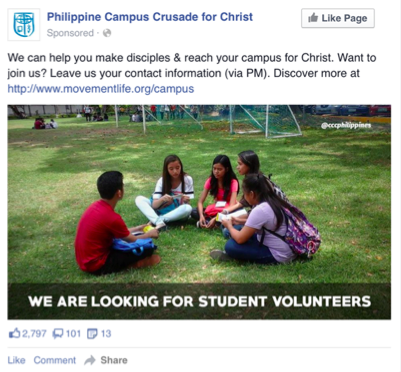 This simple ad has several different ways for people to make themselves “known”:

At this point, however, the strategy often breaks down, like people think Facebook ads are “magic pixie dust that you throw over everything,” Matt says. “It actually takes a lot of intentionality.”

For this strategy, that was only the first step in a spiritual pathway. The ad also said “leave us your content information” and used that as a starting point to leading those who are interested along a pathway to becoming student ministry leaders.

They then followed up by contacting those who had become known, asking, “Do you want to be someone who makes disciples on their campus?” For those who said yes, they set up Skype calls to talk about it and coach them through the process. Through those Skype calls, new spiritual leaders have been raised on those campuses.

Howard made a powerful evangelistic short film called Falling Plates but he wasn’t interested in views. He wanted the film to make disciples. If he just threw the film on YouTube, people would watch it and then be automatically directed to other videos. They would leave at the moment of impact without necessarily making any decision. When shared on social media it would get lost in the sea of content. 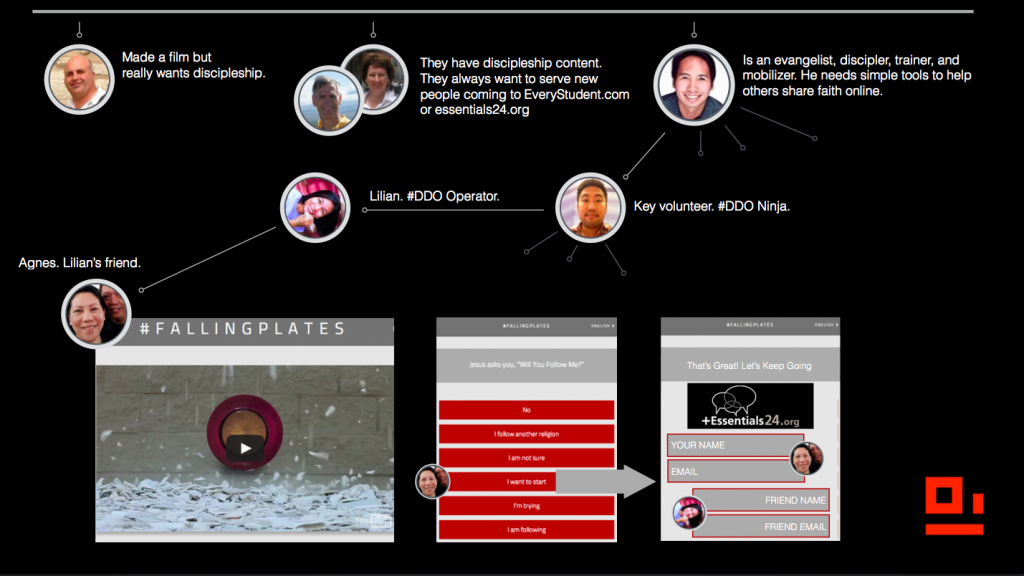 Howard decided to connect his film to the discipleship materials of EveryStudent.com and Essentials 24. As a result, the team created WatchThinkChat, a website that shows the film and when the film (as Jesus) asks, “Will you follow me,” it offers a relevant pathway for each possible choice. Based on how someone answers the question, we know what evangelistic or discipleship pathway is most relevant to them and can offer them a follow-up series to help them grow. “That way we get to extend their experience and we get to keep helping them,” Matt says.

In one example, Lilian participated in a Digital Day of Outreach and during the outreach campaign used WatchThinkChat to share Falling Plates with her friend Agnes. When asked, “Will you follow me,” Agnes selected the option “I want to start.” As a result, she registered for the Essentials 24 series, a 24-email follow-up series that provides the basics of how to live a new life with Jesus and will walk through the series with Lilian, someone she knows and trusts. Lilian gets to experience the spiritual fruit of her faith action as she disciples Agnes.

Voke is an Anroid app designed to kickstart spiritual conversations. People select a video, invite a friend to watch it, and start a conversation around the experience. From the outset, the person using the app is known to our digital strategies team and that person knows the friend they are sharing the video with. The next step for the app – which the team is working on – is to help those two people move together. (Read more about how Voke works here). 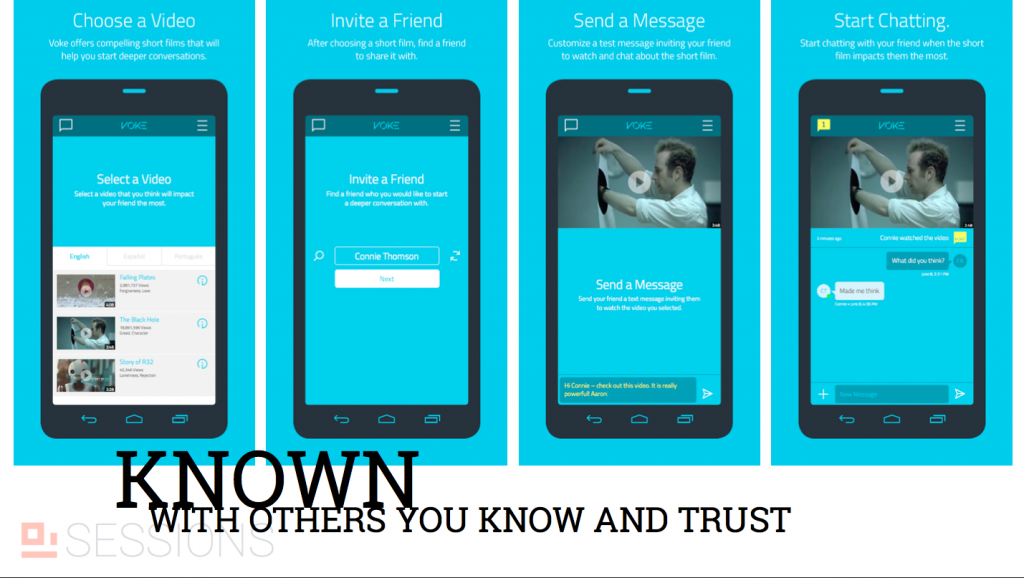