Reaching my family with a Digital Day of Outreach 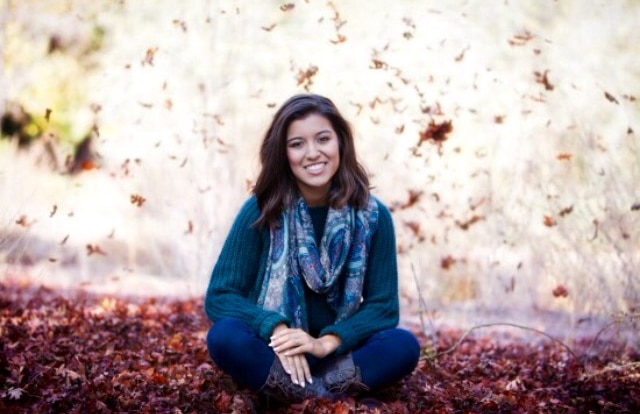 by Sara Campos with Ross McCall

As a freshman involved with Cru in San Jose, California, I’ve had experience sharing the Gospel with people on campus, but it was being involved with a Digital Day of Outreach that stretched my faith and changed my family.

It was at the Radiant student conference in December that I was placed in a “social media outreach” group for the afternoon. I knew there was a team going out to do outreach in nearby apartments, and I had hoped to be placed with them. I didn’t know what a social media outreach was going to look like, and I thought, “I could just do that on my own time,” but one of the staff women encouraged me to stay.

About 30 of us students gathered in a small room for about 3 hours. We were asked to share the #FallingPlates short film with friends and family on Facebook and to ask them for a response. I was terrified, but also excited. I posted the video to about 10-15 people initially, with a comment like, “I just saw this at a conference and I thought it was really good. I’d like to know what stuck out to you the most.” Altogether, I sent it to about 35 family members and friends.

My family is the darkest and most broken I know.

People in my family have struggled with depression, abuse and alcoholism. They have been too focused on working for material gain, and have been disengaged, angry, and hard-hearted. There are a number of Catholics in my family, but not many believers. My mom is a believer, but not my dad, so sending it to him was nerve-wracking. I’ve been praying for my whole family since I became a believer four years ago.

While we were still doing the outreach, I started getting responses from my family! First, my aunt Martha, who believes in God, wrote me. She told me, “It made me feel like I want to live and be closer to Jesus. Thank you for sharing it. It gave me a boost.”

One of my uncles also wrote, one who I didn’t think believed in Jesus at all. He said, “The video touched my heart. I haven’t been fully following Jesus lately, but I want to get back on track.” Another uncle responded, “Thank you, Sarah, for sharing the video with me. I’m definitely going to share this around with my friends. It’s a great reminder of what Jesus has done for us.”

I didn’t share the video with my mom because she’s already a believer, but when I got together with her, she’d heard about it! She attended my cousin’s birthday party and a few of my aunts who had seen the video were present. The oldest of them, Pilar, is very influential in my family; she’s the one my heart is heaviest for. If she became a believer, what an influence she could have! She owns a salon, where people are in and out all day. She was so touched by the film that she was in tears all day. Not only that, but she shared about it with all her clients. I didn’t even know she’d seen the film!

Before the Digital Day of Outreach, I thought, ‘What I have to say doesn’t have much value to (my family) because I’m still young.’ But the Lord really is using me in my family!

The mood of our household is completely turned around. I’ve never seen my mom so alive in Christ. She’s in the Word, reading books, wanting to grow, and we have spiritual conversations we’ve never had before. Just two weeks ago, my dad put his trust in Christ!

This was such a great way to share Christ! People are on Facebook all the time, so it’s simple and quick. I could have shared this in person; it’s awesome to know I could just do it instantly. There was greater risk because it was people I knew, but there was a greater reward as well.

Bio: Sara Campos is a freshman at SJSU, involved in the Cru ministry there, and a part of Garden City church in Santa Clara. She’s from a small town in Central Valley California called Exeter. She enjoys running, hiking and drinking coffee.

Editor’s note: Find out how to run your own Digital Day of Outreach.