Editor’s note: This is the second part in a two-part series. See part one here.

Part of my job with OneHope is to stay on top of digital trends and discern how they are shaping the landscape we work in. To that end, I have compiled seven trends for you to be aware of and plan for in your own ministry work. Here are numbers 5-7:

I could probably quit my job tomorrow and make a decent living by turning my guest bedroom into a hotel room (AirBnB), leveraging the family car as a taxi service (Uber), selling my dinner leftovers (Josephine), or crowdfunding a business idea to life (Kickstarter). Who could have imagined the possibilities these apps have created? These are all examples of teams who have innovated by creating a platform to let the ordinary person do what previously only institutions could.

An interesting side effect of apps like these: They are creating a more interpersonal, human marketplace. You are trusting the person on the other end of the deal because they are an average Joe just like you. Transactions are built on encouraging trust between strangers through peer ratings and reviews, and also the camaraderie associated with the brand of these peer-to-peer service platforms. What’s next? Almost any industry could be radically impacted by this trend.

6. The Value of Following 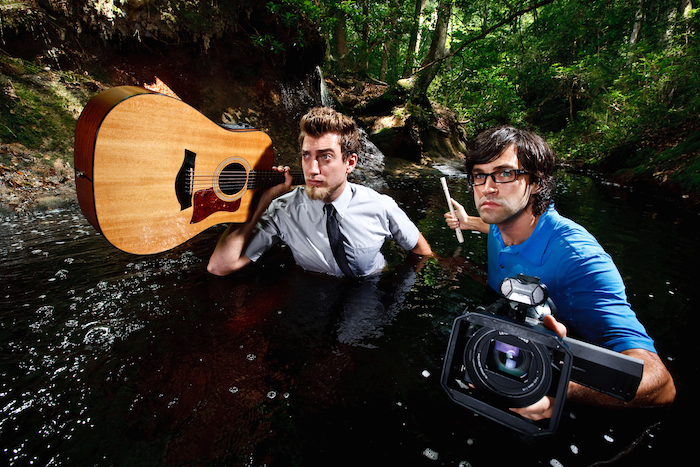 Had Rhett and Link of the YouTube comedy show Good Mythical Morning gone to a major television network like NBC or Comedy Central and said, “We could make a show that would be really popular where we just talk about and do weird stuff, and people would love it,” they probably would never have gotten an interview, much less a show. But with a self-publishing platform like YouTube, they have made it a success with more than 8 million subscribers and counting.

Now I’m not saying you should quit your jobs to make videos. Ministry is a much higher calling! But these examples do show that it’s an age of user-generated content where there are fewer barriers to doing what you love (and possibly making a fortune on it).

FitBit is the obvious example of a device that allows you to easily capture and record exercise information and produce analytics about calories burned, miles run, how you slept, etc. But FitBit is only one example in what I believe is an emerging trend.

Because there is a strong corporate value on assessment, you hear things like “let’s review the numbers,” or “how did you validate that?” There is a desire to prove one’s results that has carried over into other areas of our lives.

We have apps to track diet and exercise (MyFitnessPal), finances (Mint), how you are spending your time at work (Harvest), or you could consider how popular personality (Myer’s-Briggs), and strengths assessments (Strengthsfinder) have become. As our devices grow increasingly intelligent and more of our surroundings can connect and exchange information about our activities, this collection and analysis of data about ourselves is only going to grow. So what other areas of our life will this permeate? All of them. We’ll have analytics about aspects of our lives we have never even thought about.

What does this all mean for me?

It is interesting to consider that how the Church approaches technology is shaped largely by its understanding of reality. The Church is at its core conservative, tending to look to the past as being better. This is because we had high beginnings. We were created by God, in His image, and then fell into sin. That is a downward trajectory, and so the tendency is to reject the novel in favor of the traditional; the untested for what is tried and true; the risky endeavor for the safer option. That’s because we believe that where we came from was purer, better and more reliable than where the rest of the world is headed.

But if you have the view that humanity had low beginnings and evolved out of primordial soup, you will have the opposite mindset. We are on an upward trajectory heading to a future that can only be better than where we came from. In the world of ideas and the world of technology, progress is the ultimate goal. The further and the faster we go, the better, in their opinion. Leave yesterday behind because new automatically equals better.

It might seem like the Church and technology are headed in opposite directions. But as Christians we should know that our faith is not one that looks backwards, but forwards.

We put our faith in Jesus returning, so our hope is in a future event.

And until that event comes, we are to share the Gospel and go out and make disciples. The church has been one of the most innovative forces in history, using everything from the Roman roads, to the Gutenberg Printing Press, to radio and television to spread God’s Word. Similarly, the Church should be using the Internet and mobile phones well, and should be leveraging the technology for more than just church websites; more than just an occasional tweet just because everyone else is doing it.

It’s fantastic that we can reach so many people due to the spread of smartphones and growing access to the Internet. Organizations like the Mobile Ministry Forum are helping equip the church with tools to be more effective in that area. But what does a virtual reality presentation of the Gospel look like? How do we create more relevant and persistent scripture engagement through augmented reality? What does the Uber/AirBnB equivalent of the church look like, more or less like the early church? How can the church better leverage Twitter, YouTube and Instagram? What do spiritual analytics look like? I do not even pretend know all the answers, but I believe these are some of the right questions.

We should be ahead of the curve, on the leading edge of building technologies that facilitate communication and engagement for the purpose of evangelism and discipleship. We should have secular markets saying, “If only we could have engagement like they do.” Our motivation is so much greater than the motivation of profit. We are the ones with the urgency of the Kingdom and Christ’s return driving us forward! So let us start the hard work, because there is incredible potential.