I was introduced to Indigitous at the point in my life where I was contemplating quitting my job as an IT educator. I had been asking the Lord if this profession is really the right one for me because I didn’t see how I could use it to contribute more in advancing God’s Kingdom. But truly, His plans for us will always be better than what we imagined them to be.

A recent Jesus Reigns Celebration opened the door of opportunity for me to connect with IT enthusiasts from different churches in our city, Iligan City in the Philippines. We created a team with the purpose of helping promote the event all throughout the province of Lanao del Norte using social media. I was amazed by the quick response of everyone in volunteering to help out, people just giving their talents for God. We were composed of photographers, videographers, animators, social media managers, and members of the academe. As we were gathering and praying for the Lord’s direction on the content we should publish, it became apparent to us that this was just the beginning of the projects that God intended for us to work on together. We all had the same outcry for the Lord to use us to reach as many people as we can with the Gospel, unite churches, and that revival would just break out in our land. I just didn’t fully realize at that time that God could weave together this same outcry with my profession. It was at that point from that I was introduced to Indigitous.

A BEGINNING OF SOMETHING GREAT

Then the Lord replied:
“Write the vision;
make it plain on tablets
so that he may run who reads it” (Hab 2:2) 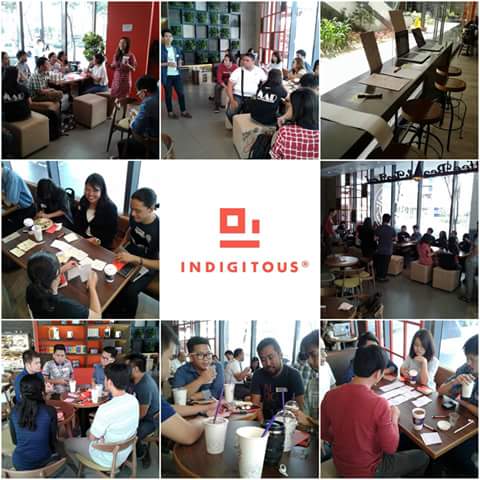 When Habakuk 2:2 was shared during the Mission x Tech meetup, it suddenly made a lot of sense. That the God we serve is indeed so relevant then and now. Today’s technology opens an opportunity for Christians to produce blogs, videos, pictures, and applications that contain the Word of the Lord and can be read wherever and whenever people carry and open their “tablets.” That revelation suddenly hit me, that there are a lot of things that people read on the internet that do not necessarily give them hope. That Christians can do many things in the digital space by creating content that would point people to the Lord. Truly, “Technology is neutral.” It is mainly dependent on the motivations of the creators behind it to produce an output that can be used for good or evil. This has re-empowered the sense of purpose for me. It is why God lead me to this profession and connected with fellow Christians, in order to build things that would contribute in advancing His Kingdom.

There are a number of indigenous tribes in Mindanao that are hard to penetrate with the Gospel due to distance, language barriers, and the prevalence of Muslim religious belief. However, we are living at the age where technological advancements are unstoppable. Even people in the mountains have access to the internet already and through this we can actually “go where people are,” even when we are separated by large distances. I believe these breakthroughs were given by the Lord to fulfill Acts 1:8, where we become witnesses “to the ends of the earth,” empowered by the Holy Spirit. I am excited by the endless possibilities that the Lord can perform through this movement. He is also uniting His children to use talents in creating projects in the digital space that have eternal impact. Not only is He empowering a few people, but He has given us a platform wherein He is raising up Digital Armies whom He is using to storm the internet with His glory and spread it to the masses.

We have already scheduled the first Digital Evangelism event for January 2018. We are excited to share this to fellow Christians in the city. We hope to host more events wherein we can develop Gospel applications that cater specifically to issues of different age groups, tribal affinities in Mindanao, in our country, or in any part of the world. Some may not yet understand or are scared when we talk about technology. But I believe that this is the season wherein God will make many realize that they are already a part of this. I am inspired to learn more about technology because now God has given a deeper meaning to it and has used it to connect me with a community of Christians that have the same passion. Join us in this mission! Together we can “build stuff that matters” for Jesus!