Indigitous is about using digital strategies to make Jesus known. We go where the people are, which is in the digital space – on cell phones, computers, social media, and more. With that in mind, it’s helpful to look at the current global state of digital and some expected trends for the year.

Who is on the Internet 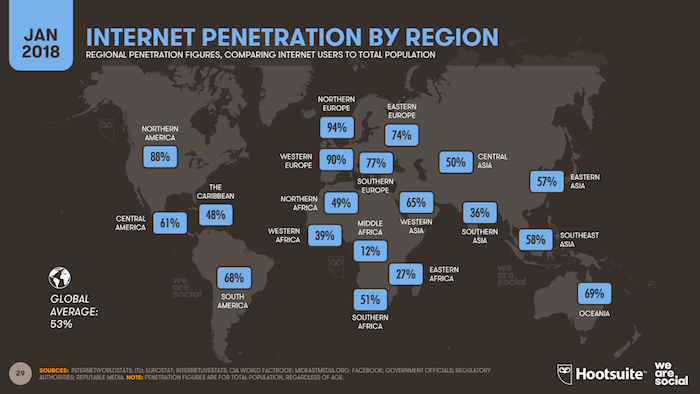 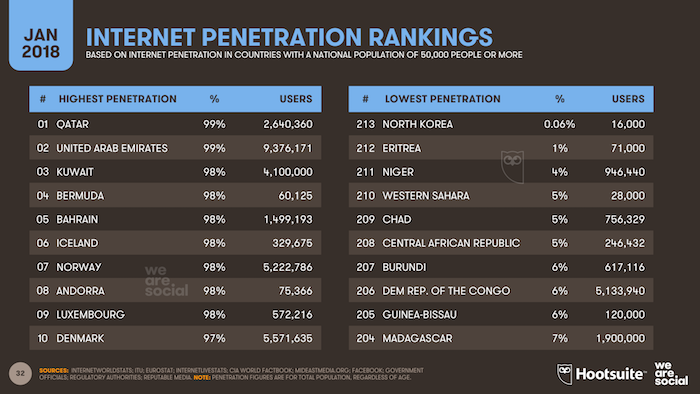 How people access the Internet is starting to change. In 2016, mobile Internet usage surpassed desktop computer Internet usage for the first time. That trend has continued since, with the gap between smartphone and desktop usage widening. Right now 52% of all web traffic in the world is done on mobile phone, a 4% increase from last year, with only 43% of web traffic occurring on laptops and desktop computers, a 3% decrease. For obvious reasons, any web strategies need to be mobile optimized; some people even recommend a mobile-first approach. 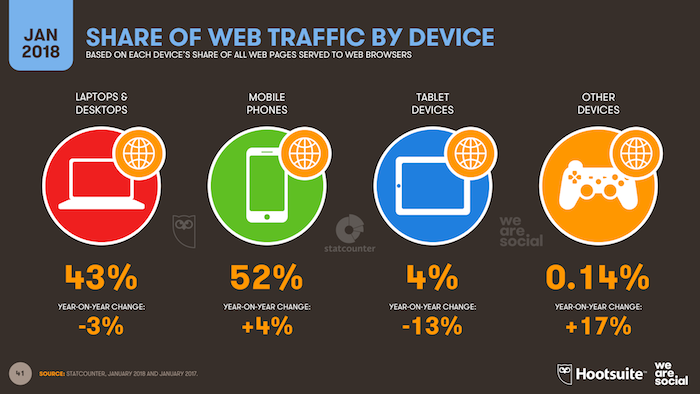 In terms of social media popularity, Facebook is still dominating on the global level, with more than 2.16 billion monthly active users, followed by YouTube (1.5 billion), WhatsApp (1.3 billion), and Facebook Messenger (1.3 billion). Does that mean that if you have an outreach strategy on social media, you need to use Facebook? Not necessarily. Your strategy needs to be contextualized based on your culture and audience. As the below map shows, in China you probably want to use WeChat, while South America and large portions of Africa favor WhatsApp. Telegram is most popular in Ethiopia and Iran, whereas Viber may be the best strategy for Ukraine. 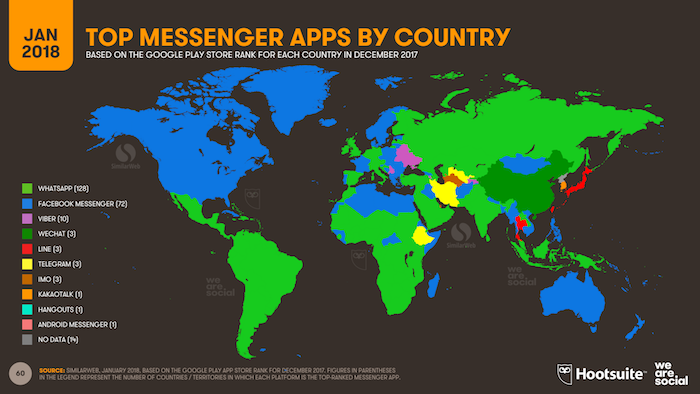 What does that mean for your digital ministry?

Well, that’s up to us to figure out together. What does your ministry need to do to adapt to the changing world? We have seen YouVersion create a Bible App for Voice that you can use with Google Home or Alexa. We’ve seen Augmented Reality and Virtual Reality be used to spark interest in the Gospel. We’ve seen organizations use AI chatbots to pray for people and help them get connected to a local church.

According to Forbes, one of the most important trends of this year will be an increasingly personalized customer journey for those who visit your digital properties. A team I work closely with is working on creating just that, spiritual multiplication pathways that offer the next best step for someone based on where they are on their faith journey as a way to move them toward becoming a multiplying disciple. “Strive first to use data to know where your consumers will be on every step of their path, learn what appeals to them, and design your marketing to touch them all along their journey,” says Katie Harris from Spot On Solutions.

This is the time to dream, to think about the people God has called you to reach, and how you can reach them. Whether you’re in an area with high or low Internet penetration, high or low broadband penetration, one that has embraced touch-free voice technology or one that is still using feature phones, there is a strategy best suited to reach your people. What is it?