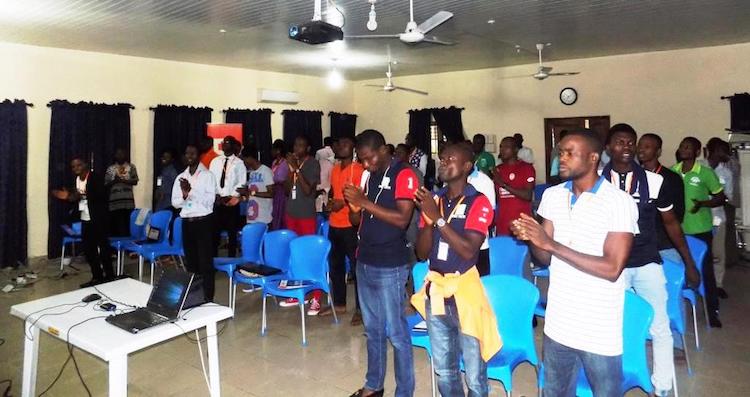 “I love technology!” says Yomi Adeyinka. The Nigerian pastor longed to marry his computer science degree with his heart of evangelism. In 2005, he located some online training from the Billy Graham Evangelical Association and TruthMedia Mentor Center, and he sensed a new calling. Yomi felt the Lord leading him to raise up likeminded young people to use technology to help make Jesus known.

Yomi pioneered the work of Indigitous in Lagos, the largest city on the African continent. He took the discipleship principles of 2 Timothy 2:2 to the digital world: he looked for faithful people to take what they learn in IT and teach others. The best avenue to grow digital disciples is called Indigitous Boot Camps. And anyone can host one! 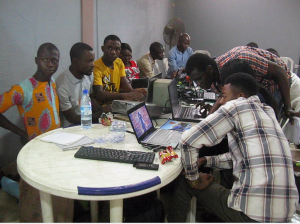 Yomi launched his first Boot Camp among college students in 2014 (Benue State), then followed up in 2015 (Lagos State) and 2017 (Ogun State). “Most of these [higher institutions] don’t have a practical knowledge of IT,” says Yomi, “so Boot Camps equip the students for both employment and helping their churches do online ministry.”

The Indigitous Boot Camp programs generally had four parts. They would start with devotions, where participants go through the Word together and mentoring relationships are established. That is followed by a Why Indigitous talk on the first day, casting the vision for Indigitous and encouraging participants to join the local community movement. Classes and practical learning sessions then take the bulk of the time, with the Camp ending with project presentations and the awarding of Certificates of Participation.

Yomi organized the students into five groups: website design, writing/blogging and photography, short film development, video/audio streaming, and mobile app development. And he rallied some other specialists to help with the training. They raised half the fees for the Boot Camps and charged the students the remaining funds. Later, Boot Camp grads became teachers, just like in 2 Timothy 2:2. One grad not only helps with Boot Camps but also works at another Christian NGO employing his IT talents for good.

Boot Camp grads also put their new knowledge to use serving their church, and more churches want to expand the network. Accountability and stewardship became themes of the last Boot Camp, which was music to Yomi’s ears. Building digital disciples who share their God-given talent with others is his calling.