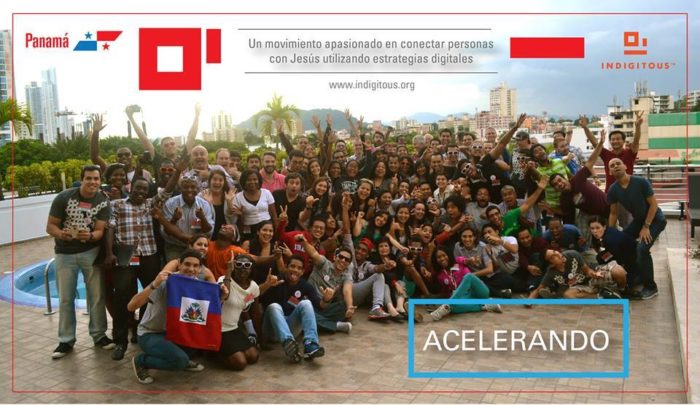 Indigitous began five years ago, inspired God’s call to the prophet Habakkuk to “write the vision, make it plain on tablets, that the one who reads it may run” (Hab 2:2). Since then, God has done amazing things through the Indigitous community. It’s incredible what can be accomplished when people like you use your talents for God in the digital space. To mark the five-year anniversary, we’re taking a look at some of the highlights.

In October of 2013, Indigitous was founded, the website was launched, and planning for the first Indigitous Classic conference began. That conference took place in Waterloo, Canada on November 5-7. Approximately 106 people attended that first Indigitous event, where keynote speakers Don Van Meer and Esteban Contreras, among others, cast the vision for using digital strategies to make disciples.

Later that month, 110 gathered at Indigitous Panama City for our second Classic event. Canada and Panama have both seen organic communities grow since then. 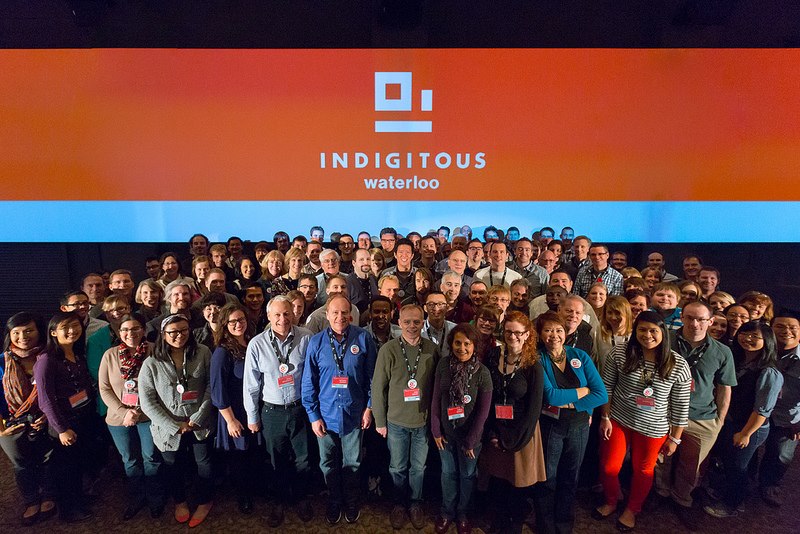 May 8-10, 180 delegates gathered in Ethiopia for Indigitous Addis. Keynote speakers Kyama Mugambi and Erik Hersman shared about using mobile technology to reach Africa. Software developer Ephrem Tesfaye was struck by the fact that though feature phones are used so much in Ethiopia for communication, there is no Amharic Bible available for feature phones. Immediately after the conference, Ephrem began working on an Amharic Bible app, completing it in less than one month. The app is currently available on the HabeshaGames app store. 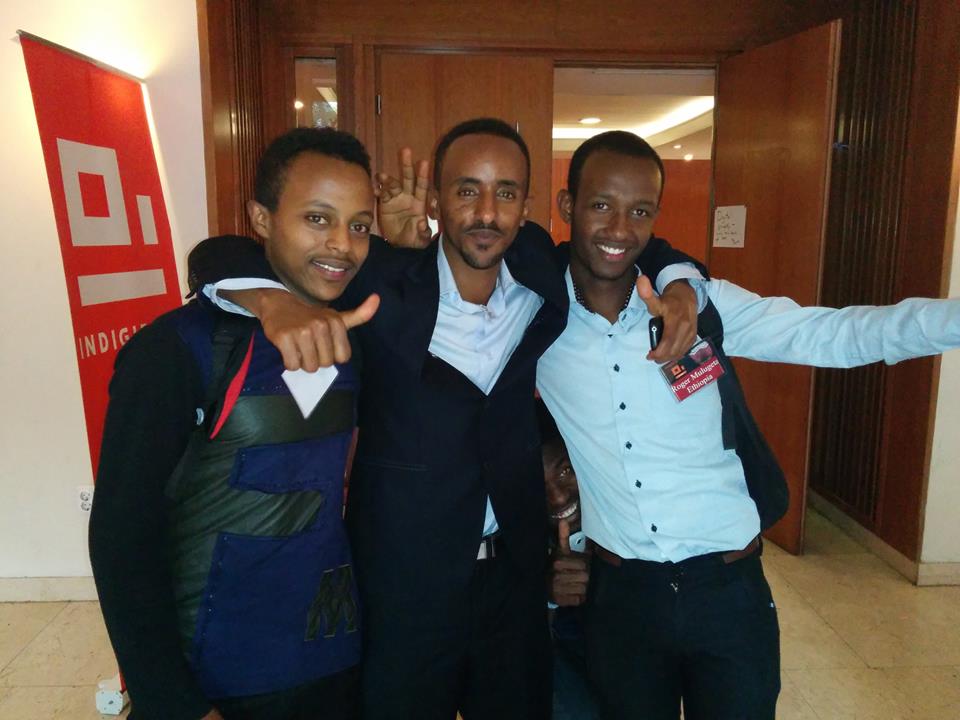 On October 29, we aired the first episode of Indigitous SESSIONS, a webinar series aimed at sharing practical digital strategies that can be applied for increased missional effectiveness. This premier episode featured Lieze Langford, where she spoke on creating personas. Then on November 29, Esteban Contreras led an Indigitous SESSION on “How the Best Brands Listen.”

There were nine Indigitous SESSIONS aired in 2015, including two in Spanish. Beginning with Eric Barker’s SESSION on “Practical UX Design” on January 15 and ending with Matthew Watts’ SESSION called “Is There a Way Across,” about building pathways for spiritual growth, on October 29, various subject matter experts shared relevant strategies that can increase ministry effectiveness.

This year Indigitous also took part in its first global hackathon, partnering with Code for the Kingdom. October 2-4, more than 800 technologists, coders, designers, and more joined the global hackathon in 13 cities in 8 countries across the world. Over the weekend, participants worked on 123 projects of missional value. Though Indigitous had done small hackathons at Classic and # events in the past, this was the first time taking part in a global hackathon. 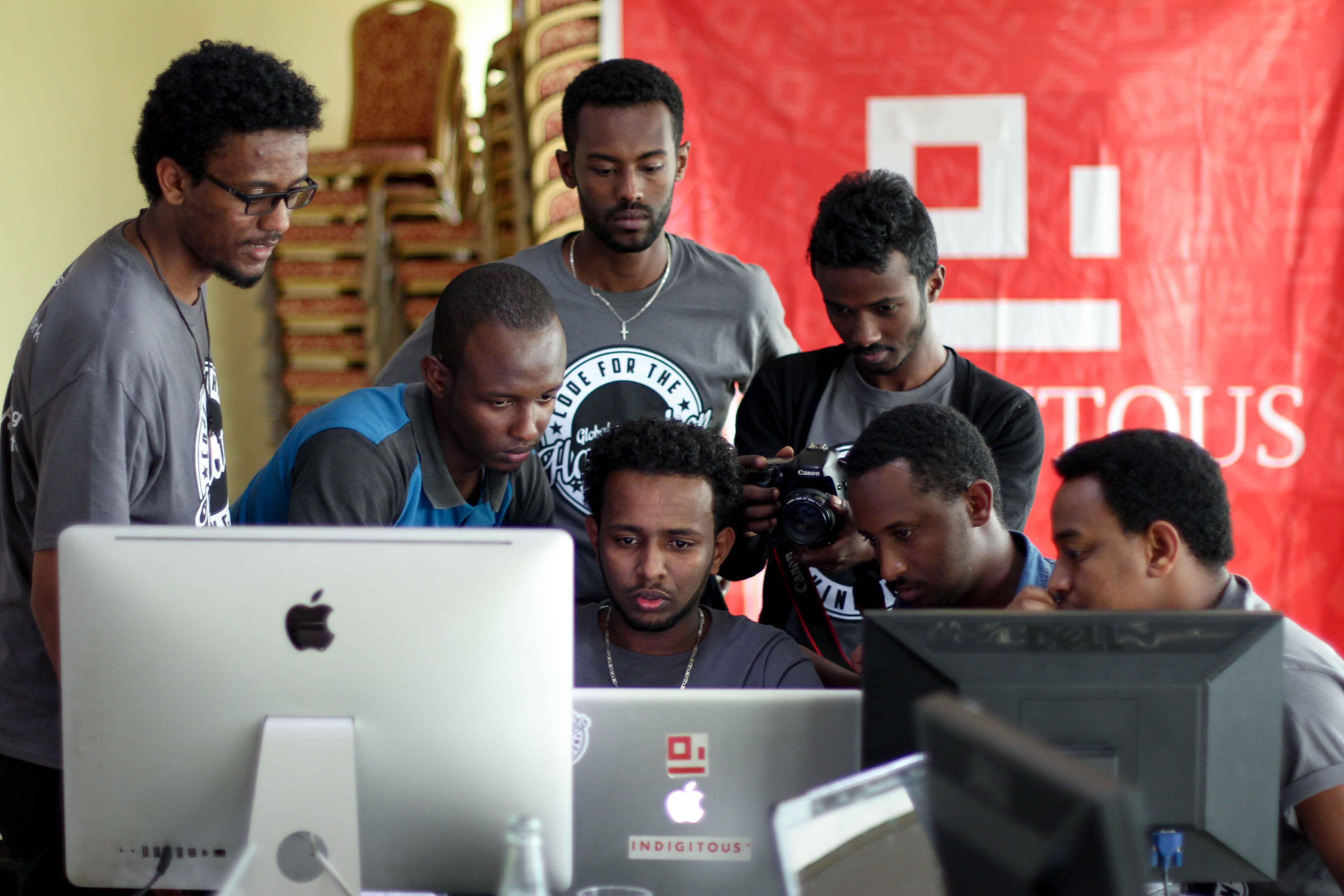 December 28-31, Indigitous joined with the Urbana Student Missions Conference in St. Louis, Missouri (U.S.) to put on its first Hack4Missions event. Around 190 students joined the hackathon to work on 13 projects for various ministries present at the conference.

Two episodes of Indigitous SESSIONS aired in 2016. On January 20, Ali Llewellyn gave a talk called “How Can I Build a Sustain Local Communities for the Kingdom?” Then on February 9, Mike Shaw gave an intro to Search Engine Optimization SESSION called “What Is SEO?”

2016 saw three Classic conferences in three continents. From April 28 – May 1, 50 people gathered in São Paulo, Brasil to engage with concepts and strategies for bringing transformation to Latin America through digital technology. 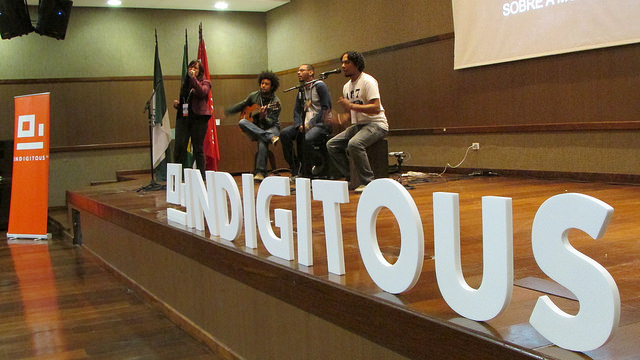 Then on July 22-24, Indigitous Mexico City cast the vision for using digital strategies to reach Mexico, including a hands-on workshop for delegates to work through human-centered design to properly reach their target audience. Keynote speakers included Veronica Hernandez, Mariana Pando, David Bedolla, and Pablo Marti. Pablo became involved with Indigitous the prior year as a coder in El Salvador who was frustrated with his corporate job. After getting involved in working on missional projects with Indigitous, Pablo eventually quit his job and went into vocational ministry to work on evangelistic apps such as Voke. 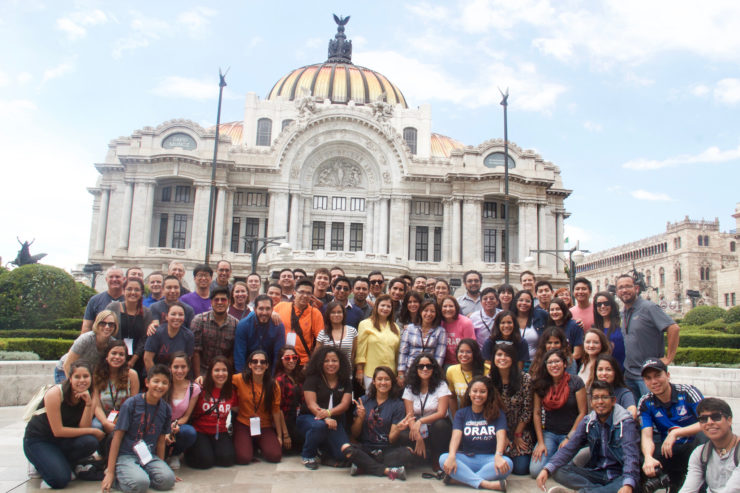 October 14-15, 80 Indigitous delegates came to Johannesburg, South Africa. The Classic conference had a theme of “Moving from Information to Experience.” Keynote speakers such as Japie Swanepoel, Tefo Mohapi, and Arjo de Vroome shared about creating experiential journeys with digital content. 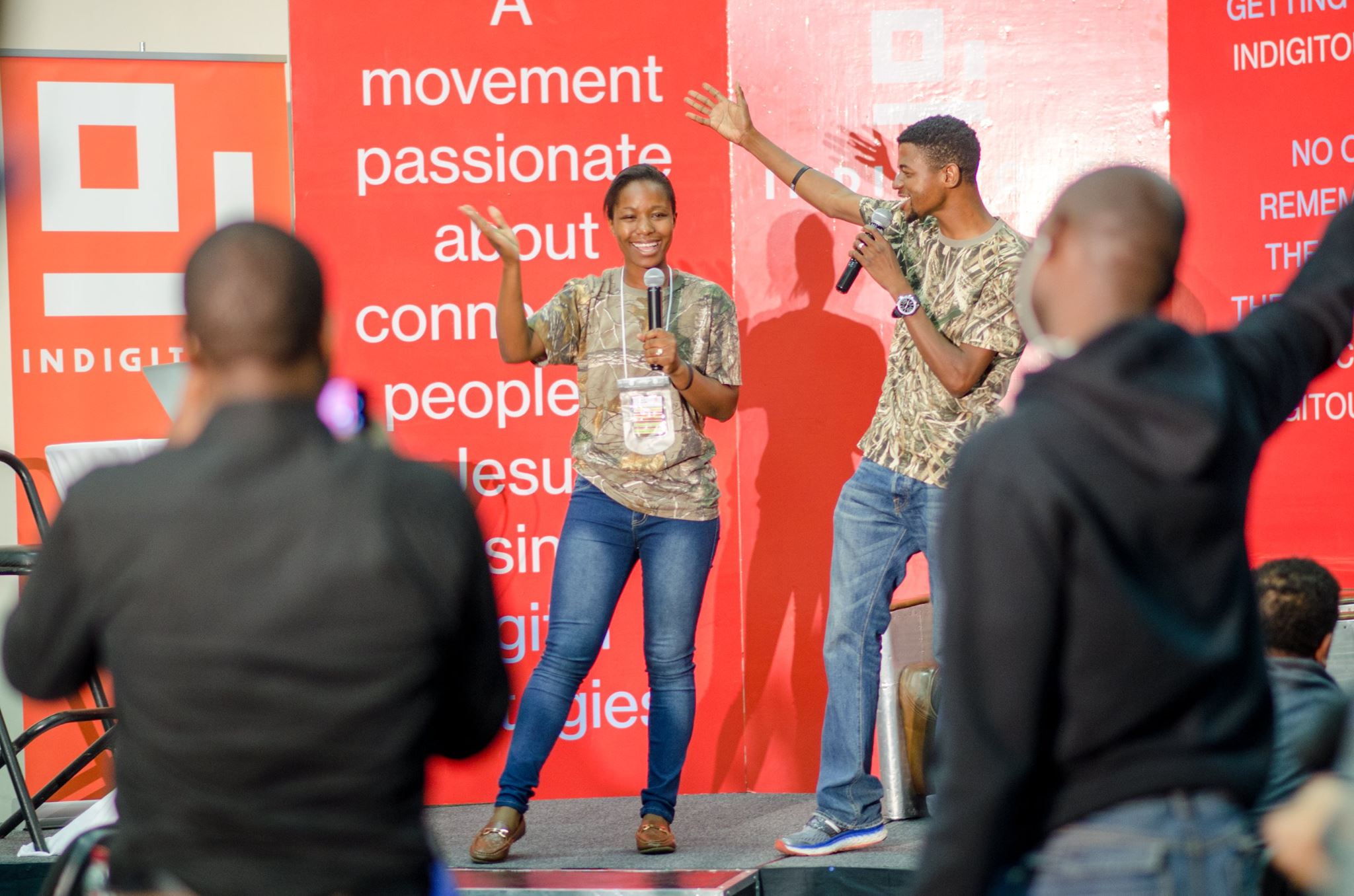 This was also the first year of Indigitous #HACK, our global missional hackathon. More than 1,400 coders, designers, strategists, and others participated in #HACK in 28 cities across 15 nations. This was the largest mass collaboration on record, with attendance ranging from five in Los Angeles to more than 160 in Manila. Thirty-two partner organizations contributed 14 missional challenges, which resulted in 67 straight hours of hacking by participants.

There were no Classic events in 2017, but we saw an unprecedented number of of organic Indigitous # events spring up across the world. There were at least 29 # events, including 20 in Asia, 7 in Africa, one in South America, and one in the Caribbean. An estimated 915 participants took part in the various Indigitous # events.

October 20-22, Indigitous #HACK returned for its second year, this time taking place in 42 cities across the globe. This year, for the first time all challenges were locally generated, giving each city greater control over the program and projects. 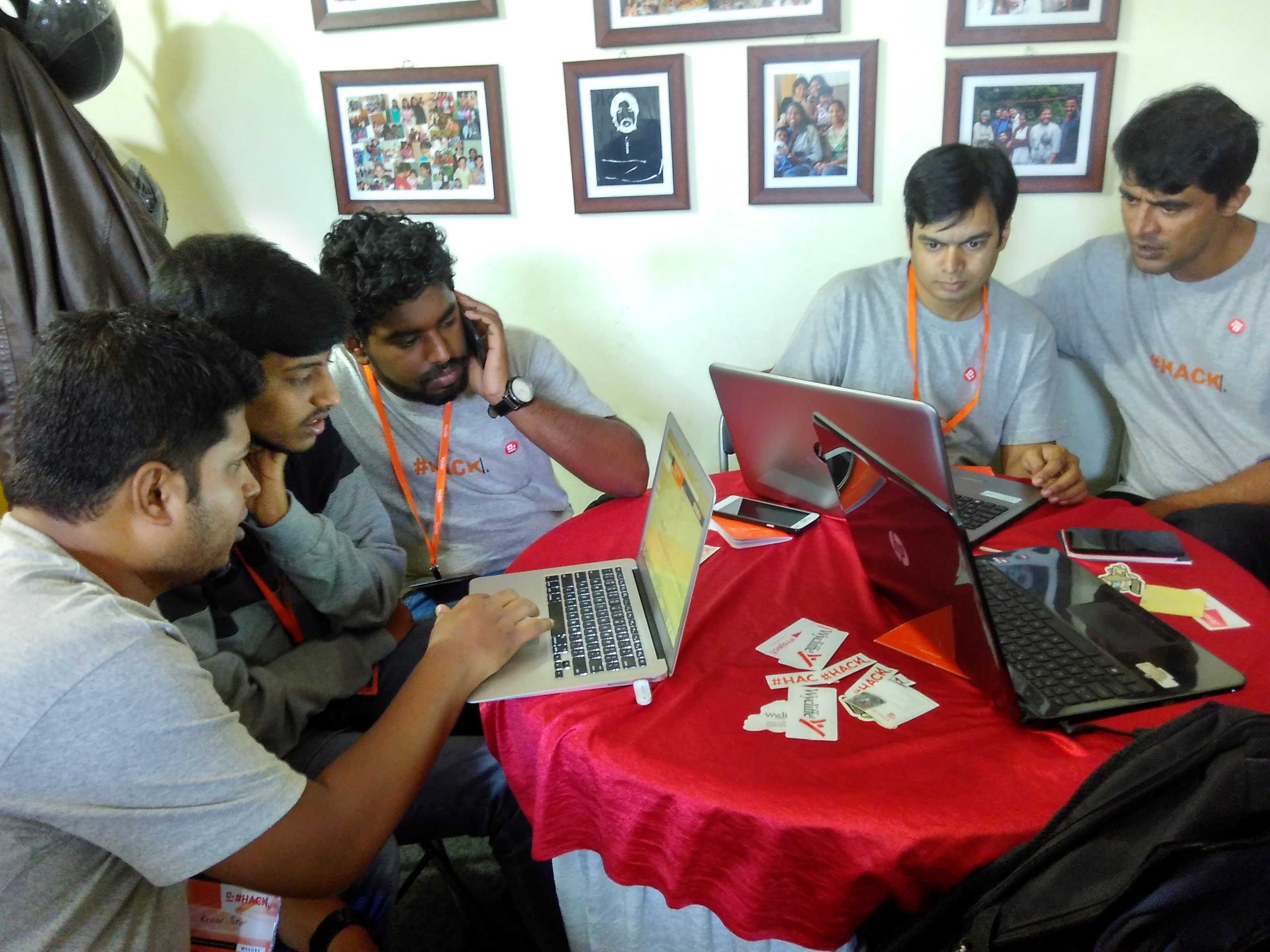 July 6-8, an Indigitous Classic event came to Kenya for Indigitous Nairobi. Approximately 70 delegates attended, almost entirely from Africa. Gathered in the “Silicon Savannah,” talks highlighted Africa’s contribution to technology, Africa-centered solutions for Africa-specific problems, and the need to raise up a new generation of technologists, creatives, and leaders to use their talents for God in the digital space. Keynote speakers included Mark Kaigwa, DJ Sparrxx, Richard Njau, and Gertjan van Stam. 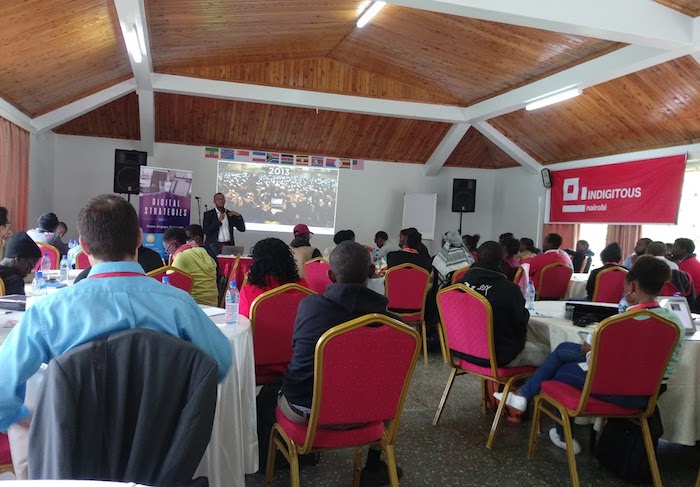 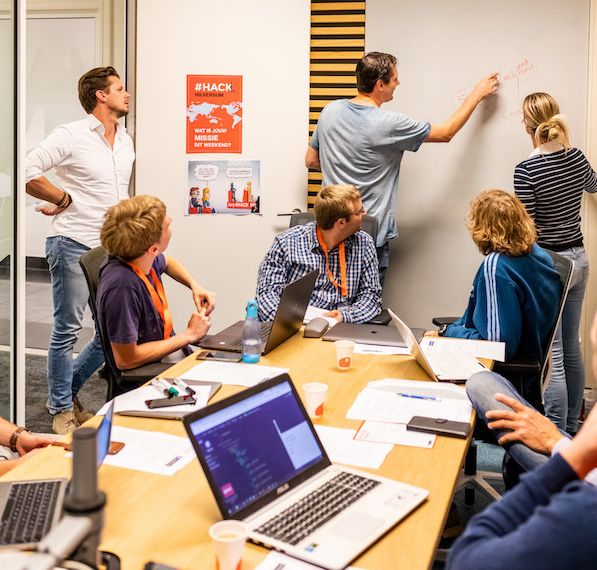 The year isn’t over yet and there are a lot of great things to come from Indigitous. We are excited to see what God does through you and through the various communities that make up the Indigitous movement.

Do you have a personal highlight? Share it in the comments and/or write your own blog post about it!