So you’ve been meticulously planning your hackathon for the past few months, booking a great venue, setting up inspiring challenges, getting sponsors, scheduling speakers, ordering meals, spreading the word and sending out registration links, and everything else that goes into running such an event. And then you just have to wait to see who shows up.

You pray that God will bring the right people to your event, but you have no control over that. You have have over a hundred people show up; you may have five. But what happens if no coders show up?

That happened to a few Indigitous #HACK locations earlier this month. Challenges were made so that people with a variety of skills, from coders to designers to social media marketers, can come and contribute to projects of missional importance. But generally speaking, coders are needed at any hackathon. Good leaders, however, are able to lead in the most uncertain times, pivot as necessary from their plans, and follow God’s lead wherever that may be. 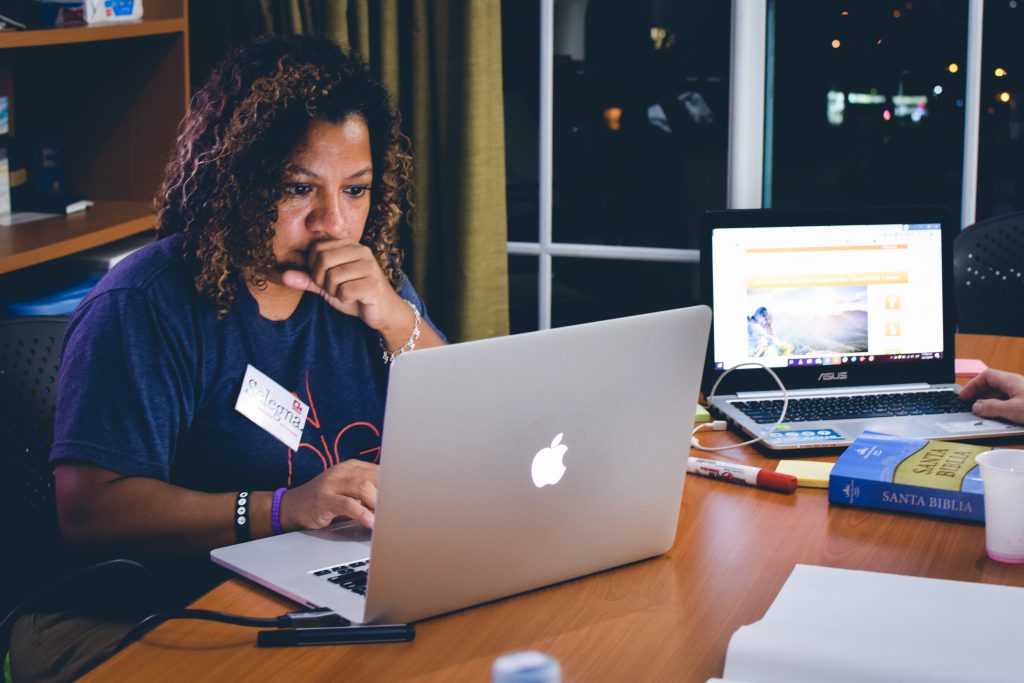 When participants arrived in Panamá City for Indigitous #HACK, the turnout was much smaller than the RSVP list. There were some designers, social media marketers, and ministry leaders, but no coders. “I was a little bit frustrated and thinking that maybe it wasn’t a good idea to host the event this year,” says city lead Selegna Diaz, “but I prayed and other people prayed that God would still use the little group we had to continue working for His Kingdom.”

Selegna decided to have people do the work that could be done without a coder, getting as far on the project as possible. Over two days, 12 people came and went as their schedules allowed and worked on two projects, both carried over from last year’s hackathon. One project was Jesus Y Los Temperamentos, an online quiz that helps people determine which of the four temperaments they have, connecting that with a Jesus Film clip that shows that Jesus as the perfect embodiment of that temperament. The quiz ends with a Gospel presentation and appropriate follow-up material.

Without a coder, on the first day everyone focused on the content, planning out the quiz questions and answers, the Gospel presentation, and how to use the quiz as the starting point for a spiritual journey. On the second day of #HACK Panamá, the local team was able to get help from a coder in Argentina and one in Trinidad and Tobago, who worked on the projects remotely and collaborated via Google Meet. “It was just like the Indigitous promo video,” says Selegna. 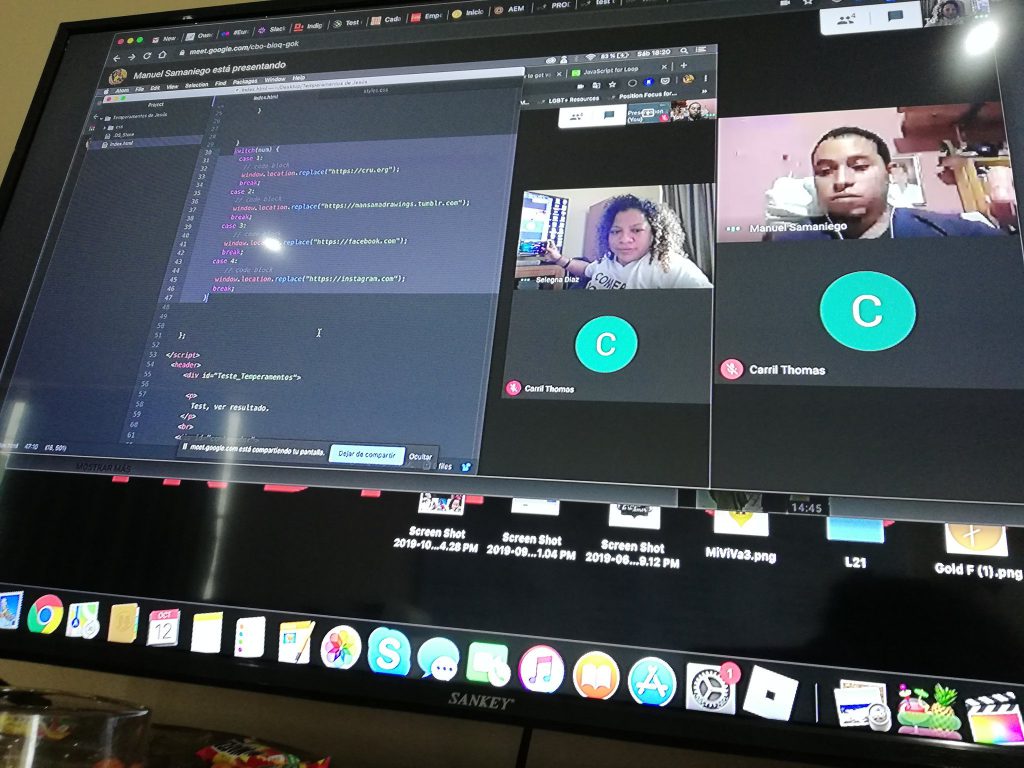 Through the hackathon, significant progress was made on both projects. Selegna plans to hold monthly Meetups to continue work on the projects until they are ready to launch. The group was small and not everyone could stay for the whole event, but those who did attend were dedicated. One participant, Evelyn, showed up and put in as much time as possible between long shifts at the hospital. A couple people took naps on a couch when they needed to recharge and then went right back to work. “God showed us that He works with huge groups but also with small groups; we just have to trust Him,” Selegna says. 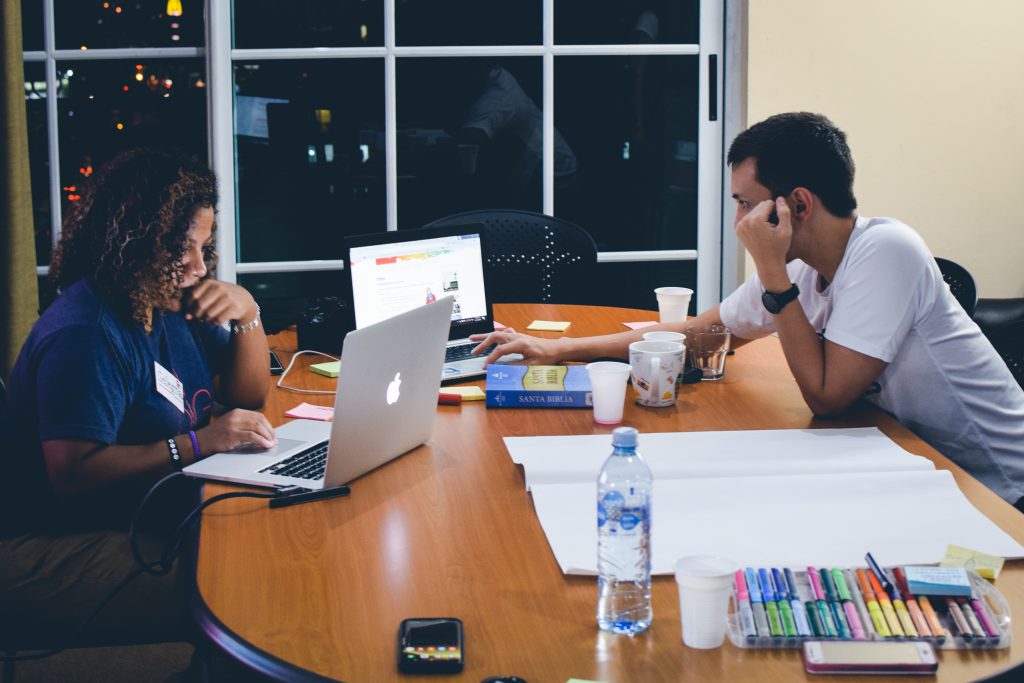 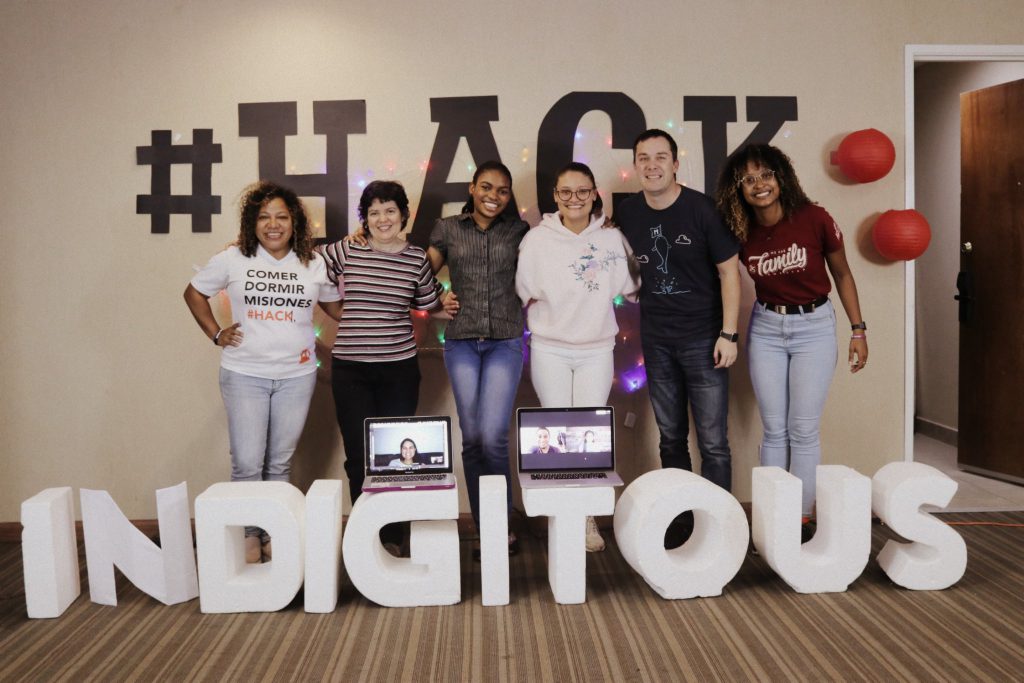 Berlin was one of the last cities to join #HACK, but even with little time to prepare, Samuel was determined to trust God for the outcome. Six people attended the event but there were no programmers or web designers. “We ended up with mainly international people who have a heart to reach international people in Germany and wanted to learn more about how to do that,” Samuel says. For those people, Samuel led discipleship training.

Others were interested in helping translate existing discipleship training material on 4Training.net, so they went to work on that, translating it into Spanish, Arabic, Hindi, and Malayalam. Even without coding, “It’s feeling really fruitful here,” Samuel says. “We’re not programming but still we’re working on advancing God’s Kingdom.”

In a city in east Asia (please pardon the lack of specifics), the city lead tried a different approach altogether. Nelson ran a children’s hackathon. Parents and their children joined together and were taught how to use STEM ideas and Scratch programs from MIT to program a story. It was a hands-on learning time that ended up with the families presenting their projects.

All digital strategies need to be agile. Leaders need to be able to pivot based on needs, audience, resources, and any changing realities. These three leads did an excellent job of that, turning what many would consider a nightmare situation — a hackathon without coders — into a great experience for those involved that makes a difference for the Kingdom.