If we’re going to engage in digital missions, it helps to know the current trends in digital. As fast as technology is moving, it can be hard to keep up, but We Are Social releases a special report on digital each January, the most recent one you can find here. It’s worth reading the entire report, but here’s a summary from a digital missions perspective.

Of the 7.75 billion people in the world, 4.54 billion (59%) are using the Internet, 5.19 billion are using mobile phones (67%), and 3.80 billion (49%) are active on social media. Worldwide, the average person aged 16-64 spends 6 hours and 43 minutes on the Internet. In some countries, it’s considerably higher, such as the 9 hours and 45 minutes in the Philippines. All of that means if you really want to reach people for Jesus, you need to be using digital. Especially in the Philippines, because apparently they are glued to their devices (kidding)!

Browsing by mobile phone rather than desktop has been gradually increasing. In 2014, only 33% of online traffic was on mobile phones, but in 2019 it was 50.1%. That trend is showing no signs of slowing down, so soon most of the time people spend online will be on their phones. That means your websites need a mobile-first strategy and you need to design everything for that use case, not just for desktop viewing.

Oh, but about that web browsing. It turns out that only 9% of the time people spend on their mobile devices is browsing the Web. The rest of the time is spent on apps.

Which apps? 89% of mobile users use chat apps and social networking apps. The other most popular app types are shopping (66%), entertainment/video (65%), maps (65%), and music (52%). With this in mind, outreach and discipleship strategies that utilize chat apps and social networks make a lot of sense. As for the apps that people spend the most time on, social and messaging apps dominate, with 50% of the app time, followed by entertainment (21%). Games account for only 9% of app usage, despite being the most downloaded type of app.

Not long ago, people were talking about app fatigue, that people were sick of needing a separate app for everything and with a limited amount of space on phones, progressive web apps were going to replace traditional apps. The data shows that hasn’t happened yet, though the web apps may still be the future.

No one uses Facebook anymore, right? We hear that all the time, but while FB may not be the cool platform that it once was, it is still the most popular by far. Facebook sees nearly 2.5 billion active users each month, followed by YouTube (2 billion), WhatsApp (1.6 billion), FB Messenger (1.3 billion), and WeChat (1.15 billion). TikTok was the social media app that exploded last year and it has amassed 800 million monthly active users, with 60% of those users in China. Chinese users also account for 80% of the total time spent on TikTok, with India accounting for 10%. That means only 10% of TikTok’s usage is from any other country. So if you live in China and want to make Jesus known, TikTok and WeChat are great tools to use. If you’re trying to reach someone in France, TikTok may not be your best bet.

A smart person recently told me that a generation from now, searching for something on the Internet by typing will be a thing of the past. We might not even have keyboards. Instead, it will all be voice commands combined with some kind of AR. Now 43% of Internet users utilize voice search and voice commands, a 9% increase from last year. This varies greatly by country, with places like China (55%), Indonesia (54%), and India (54%) being early adopters while Denmark (17%) and Japan (16%) are not big on the technology yet.

We have long been concerned with Search Engine Optimization for our websites and online content, but this data suggests that it’s time to start optimizing for voice search as well. As more and more people are using voice to search for answers, what are they going to find when they ask questions about God?

There’s a lot more data in the report so it’s good to read it for yourself. Objective data like this is important for any strategy you want to implement to make Jesus known. If you were thinking about ditching Facebook in favor of a TikTok strategy because you keep hearing it’s the new big thing, does the data say that’s a good idea? Maybe, maybe not. It depends on where you are, who your audience is, and what you want to say to them. Should your content be easy to consume on a mobile device? Definitely. Should you optimize for voice commands? Probably.

There are a lot of conclusions that can be drawn from this data and a lot of strategic decisions that can be made. I would love to hear from you. What stood out about the data from We Are Social? What changes are you considering? Share them in the comments.

How a photographer uses his art for the church

God has given you certain talents, passions, and interests for a reason. If you’re an artist, that passion for creation 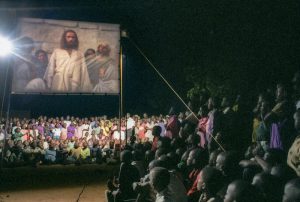 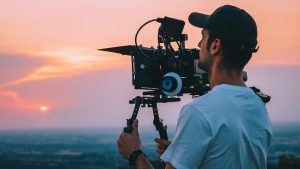 A filmmaker is called by God