Play as Jesus in this VR game

One of the appeals of video games is the ability to live vicariously through other characters, getting to experience things we can’t do in real life. With a controller in hand, I can experience living in the American Old West, draining a three-pointer as Steph Curry, or web-slinging through Manhattan as Spider-Man. Story-based games allow us to experience unique emotional situations, creating empathy for those in situations in which we would likely never find ourselves, while immersive virtual reality games let us have the visceral experience of being in a different place and time. But can video games help you experience God?

George Herrera thinks so. As reported by Thir.st, George has created a new virtual reality app that allows users to play as Jesus Christ. The Discover God app, a new game for the Oculus VR headsets, tells the story of Jesus healing a paralyzed man in the Pool of Bethesda from John 5. The twist is that through the VR technology, you experience this scene from Jesus’ point of view, seeing the paralyzed man in need of help, healing him, and then following him to see how he responds to the miracle and how others respond to him.

George believes this game can be a powerful tool for building relationships and starting conversations in youth groups, having seen other games help in the past. “You’d see the really shy and quiet kids all of a sudden open up once video games are involved, and they’re like a whole different person,” George told Thir.st.

Beyond youth groups, the VR game could be a great tool for getting youth to engage with Scripture at home during Bible studies or just while passing the time during social isolation. “Not all youths learn through the traditional methods of sitting down and listening to a lecture; some need to experience something to learn it,” George told Thir.st.

While being interviewed on the CrossFire Faith and Gaming podcast, George said that modeling a personal relationship with Christ was the key to the game.  “I show them why and how Jesus made an impact in people’s lives personally. Not just in the cosmos and not just for the world and not just for creation, but actually for you,” he said.

The phrase “what would Jesus do” became popular in the United States in the late-1800s and was still widely used when I was a teen in the 1990s. I think the phrase, which was popularized by Charles Monroe Sheldon’s book, resonated with people because it encouraged people to put themselves in Jesus’ shoes – or more accurately, put Jesus in their shoes – and think about how He would respond to a certain situation. For those who don’t have a relationship with Christ, and even some of those who do, it can be easy to think of Jesus as the ideas he represents: love, grace, etc. But when a Christian was uncertain of what to do in a situation, asking what Jesus would do in that situation allows them to think not just of His teachings, but of His humanity — a man who served and loved and wept.

The Discover God game takes that a step further. Instead of using our imaginations, we can actually see Christ in action. Other games have allowed you to play as someone following Jesus’ teachings or as an observer, but this is the first I know of that allows you to actually assume the role of Jesus.

“Because virtual reality is immersive and you experience it, I’m hoping that you would actually get a different understanding of the works of Christ,” George told CrossFire.

The church has had a tendency to be slow to adapt to changing trends and technology, slow to appreciate new forms of expression and use those mediums for its message, but it is essential in order to reach those God has called us to reach. “When we’re talking about Christians in videogames and Christians in movies, it’s always Christians that are the last ones to catch up. So I encourage any ministry that is stepping out in boldness to represent Christ somewhere where Christ is not represented,” George said.

In the Netherlands, a lot of spiritual conversations happen at pubs over glasses of beer. Getting together for drinks takes

Play as Jesus in this VR game

One of the appeals of video games is the ability to live vicariously through other characters, getting to experience things 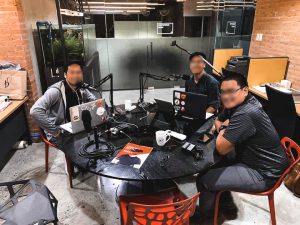 From podcast listeners to disciples

Boiling Waters’ move into the podcasting space continues to show great fruitfulness, as a recent podcast linked with a promotional 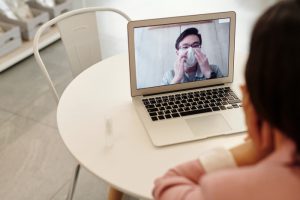 When you read through the book of Genesis, whenever God created something, He looked at His creation and said that 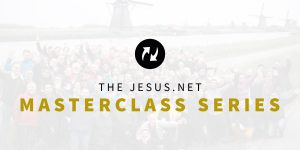 Like Indigitous and everyone else, Jesus.net had their plans for 2020 changed drastically by the COVID-19 pandemic. With their annual

The birth of Indigitous community in Bauchi

For some, technology is a job, but for me it is a machinery to help reach my generation and this