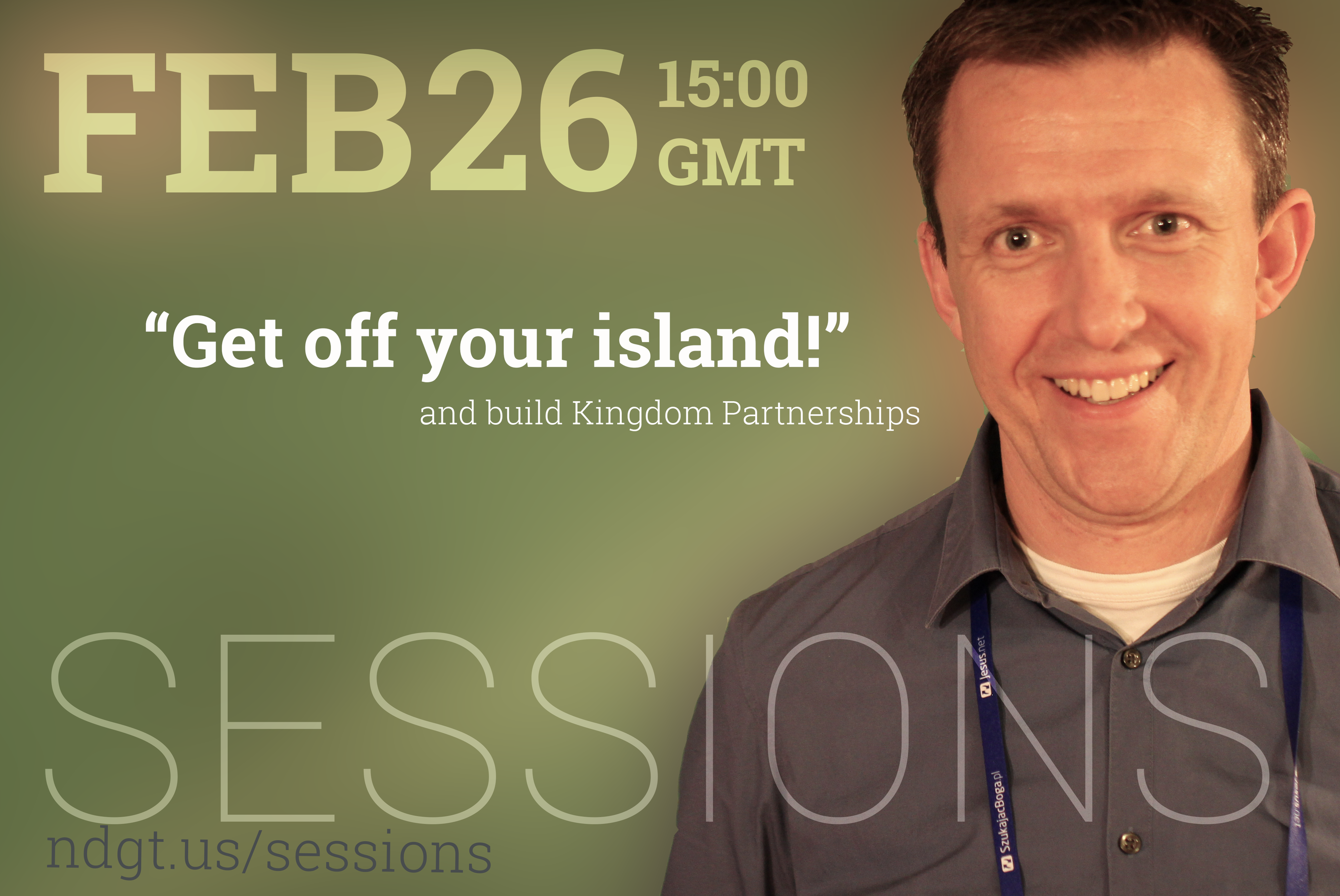 Update: If you missed this Session or want to see it again, watch the video below.

In today’s world, we see more and more companies working together. Just in 2014, we saw Google and Samsung, Apple and IBM, and Dropbox and Microsoft team up. Airlines are joining forces. The Red Cross partners with radio stations. What is driving these partnerships? And what can we learn from them?

During the webinar “Kingdom Partnerships: Get Off Your Island!” Arjo de Vroome, a member of the Executive team of Jesus.net (a partnership-based network), will share a model and principles for effective and fruitful Kingdom partnerships. Arjo has worked for over 10 years with national and international ministries across the world to form strategic partnerships for Internet evangelism and discipleship. Arjo will share what makes Jesus.net work, the challenges they have faced and overcome, and the principles that have helped this network to be effective.

After our time together, you will walk away with some practical “how to’s” and next steps to help you in forming new partnerships and/or improve existing partnerships.

Arjo de Vroome grew up as a missionary kid in West Africa. After graduating from International Christian Academy in Ivory Coast, he went back to the Netherlands to major in International Business. After receiving his degree, he joined the Dutch Evangelical Broadcasting Organization (EO) as Internet Coordinator. Following this, he joined Agape Netherlands to continue the Internet ministry started at EO. For the last five years, Agape Netherlands has been a leading partner within the international online evangelism network called Jesus.net. As part of the Jesus.net Executive team as ministry partner leader, Arjo is focused on Partnerships, Training and Communication.

Arjo is married to Willeke (15 years) and they live in Almere, the Netherlands, where God has called them to be involved in church ministry, next to being involved in the internet ministry.