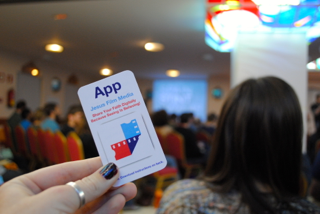 Through the robust search feature users have the ability to find evangelism film resources by country, language name, and title of the film. You will have access to films in more than 1,600 languages!

Featuring the films JESUS, Magdalena, The Story of Jesus for Children in full length and segments; the series Following Jesus and Walking with Jesus and catalog of short films, such as My Last Day. Put the power of evangelistic filmmaking in the palm of your hand.

Submit aResource You can use the selector to find the resources you are interested in. We hope you can help us make these resources known as well as make them better.
0 Members
0 Countries
0 Projects
0 Events