Years in the making with Visio, Google forms, Indigitous and Nursing!

Indigitous first met Bobbie J in Waterloo, Canada. He was a Cru intern at Oklahoma State University and wanted to learn more about using digital for evangelism and discipleship. You can read Bobbie’s blog, follow him on Twitter or his photos on Instagram. Pick one of those methods and encourage Bobbie on his creative initiative! He is currently studying nursing at Thomas Jefferson University.

God’s at work at TJU [Thomas Jefferson University].  Here’s a cool story from our finals week during the first quarter of nursing school.  In order to grasp how “cool” this is for me, here is some background information on how the Lord has been preparing for this moment for years without me knowing!

– During my junior year at Oklahoma State, I took a database class where I had to create UML diagrams with a program called Microsoft Visio.  It’s a fantastic program to do many things including concept maps!

– Let’s be honest here, Google is quickly taking the world by storm.  As an intern with Cru at Oklahoma State, I greatly enjoyed the benefits of using Google Forms to acquire information for a variety of things.  It’s quick and efficient!

– Last October, I went to an Indigitous conference with Cru to see how people were using technology to help fulfill the Great Commission. It was great for me to see how we should be more purposeful in how we use every day technology such as social media, e-mail, and even Google forms for a bigger purpose!

– The Lord brought me to Thomas Jefferson University for nursing school!

This first quarter of nursing school makes my previous 17 years of education look like a cookie cake!  It’s an abundance of information presented in new ways and tested in completely new methods than I knew before.  So with this comes a new means of learning and studying.  Therefore, you should hug any and all nursing students the next time you see them.  We are all adjusting.  I was never one for making concept maps.  Confession, when I was told to make a concept map before writing a story in English, I would create it after I wrote the story.  It just worked better for me. However, nursing school has made me a fan because there are so many facets of information related to similar disease processes and how to treat them.

So I made four concept maps to study for my finals.  My first thought… I could make some money off of these by selling them to my classmates!  Then as I was walking home, the Lord gave me a better idea.  What if I used them to get information from my classmates and what they think about God?  I uploaded one to our Facebook group just to see if people liked them.  Many people were “liking” it and saying thanks.  So I created a 3 question survey, and once they submitted their anonymous response, I gave them the link to the PDF with the 2nd map.  I gained so many responses from the first one with in an hour, I knew I had to be creative with the next two maps.  On the last one I used questions from Perspective Cards Cru created.  In addition, I gave them a link to check out www.everystudent.com

Here is an example of what they saw, and the results of 3 surveys!  I’m not in the Bible belt anymore.  ***The Bible belt isn’t full of believers either. 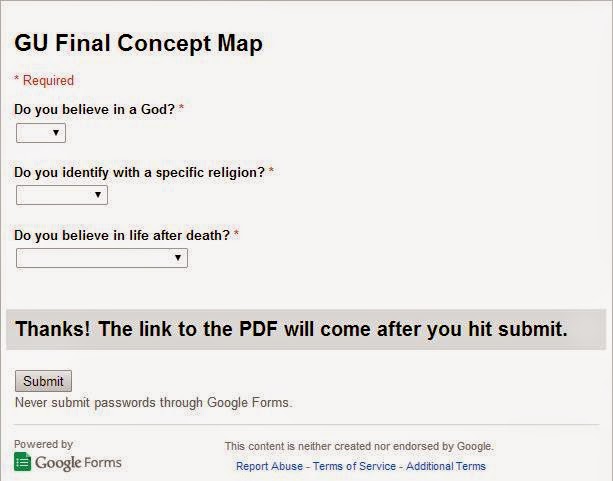 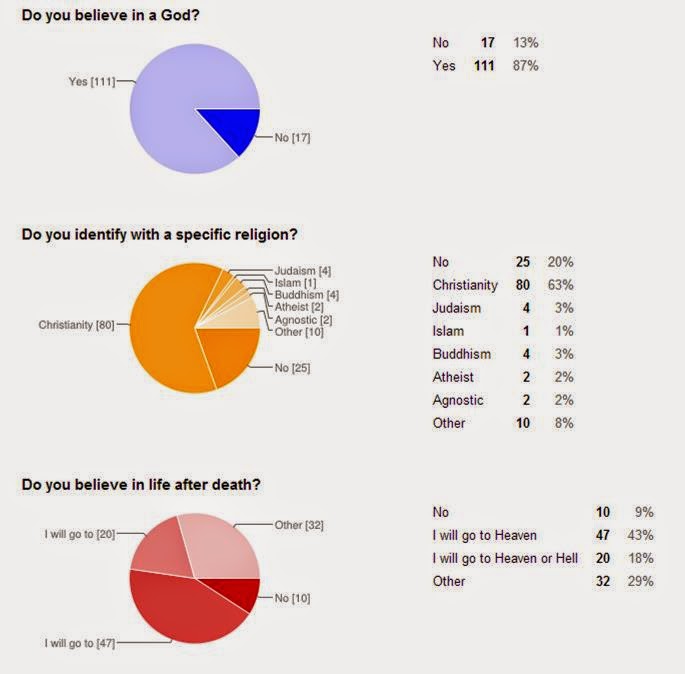 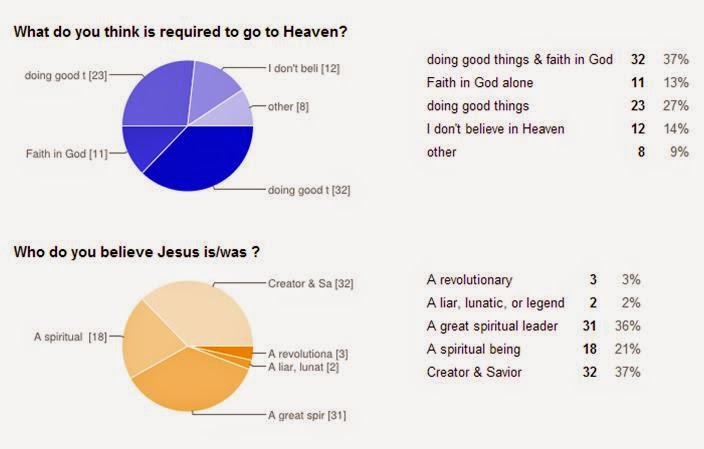 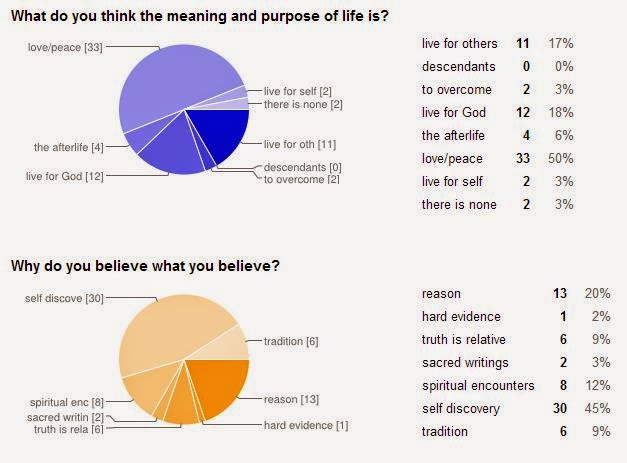 The response was much greater than I predicted.  From a statistical stand point there is the possibility some people filled it out more than once if they forgot to save the PDF.  Regardless, the biggest take away for me is how much my class desperately needs to know the Lord.On the day of finals, I had one classmate come up to me and tell me she appreciated how I gave the concept maps away.  She was encouraged and was a believer!  There was also a student who attempted to give me a Panera gift card because she had lost all of her notes the day before.  Therefore, she was able to study a lot off of these.  So it was beneficial in more than one way!Please continue to pray for my classmates and the remainder of our time together!  We can all go a little “crazy” in the midst of school and lose sight of things.  Pray for opportunities for me to love them, share with them, and be a great example to them.  There’s probably going to be a magnifying glass over my life now, so pray I would be quick to own my mistakes as well!I hope this is encouraging and that you will trust the Lord in wherever He has you!  He’s constantly adding to your abilities, so He can use them later on.  I never would have imagined using skills I learned in database class, Google and an Indigitous mindset in nursing school, but God had bigger plans!