There are nearly one million migrant workers in Singapore who have come to the country on work visas, many of whom work in hazardous jobs such as at construction sites and marine shipyards. As a result, workplace injuries are common for migrant workers. Although they are legally able to get their medial bills covered through the Work Injury Compensation Act (WICA), “Most migrant workers don’t report their injuries,” says Isabel, founder of Migrant X Me.

Isabel and co-founder Chen Hao sponsored the Migrant X Me challenge at Indigitous #HACK Singapore to tackle this problem and help migrant workers in Singapore get the medical coverage they need. According to Chen Hao, employers often refuse to pay the medical bills of their migrant workers, in violation of WICA, and there is a general lack of knowledge of the law and how it applies. “Foreign workers don’t know what to do in that situation,” Chen Hao says. In addition, because the claims process is complex and entirely in English, it’s difficult for migrant workers to file a claim if English isn’t their first language.

To make matters worse, because of the confusion, “While WICA claims do not require a lawyer, many misinformed workers are exploited by lawyers who overcharge for their services,” Chen Hao says.

Inspired by the opportunity to use their God-given skills to make a difference for the foreign workers in Singapore, participants at #HACK Singapore went to work to try to solve these problems. After three days of hacking, participants created an app that workers can use to submit accident reports to the Ministry of Manpower. The app simplifies the documenting process and has voice instructions in several of Singapore’s common migrant languages as well as pictures to guide the step-by-step process.

The result? “The feedback from employers was that the process is so easy that it will be abused by workers. They will report every small thing,” says Angeline, one of the participants who worked on that project. Whether or not that is a legitimate concern will surely be debated as the app is refined. “Unfortunately, we don’t have an app to solve the sinful heart of man,” says Angeline. 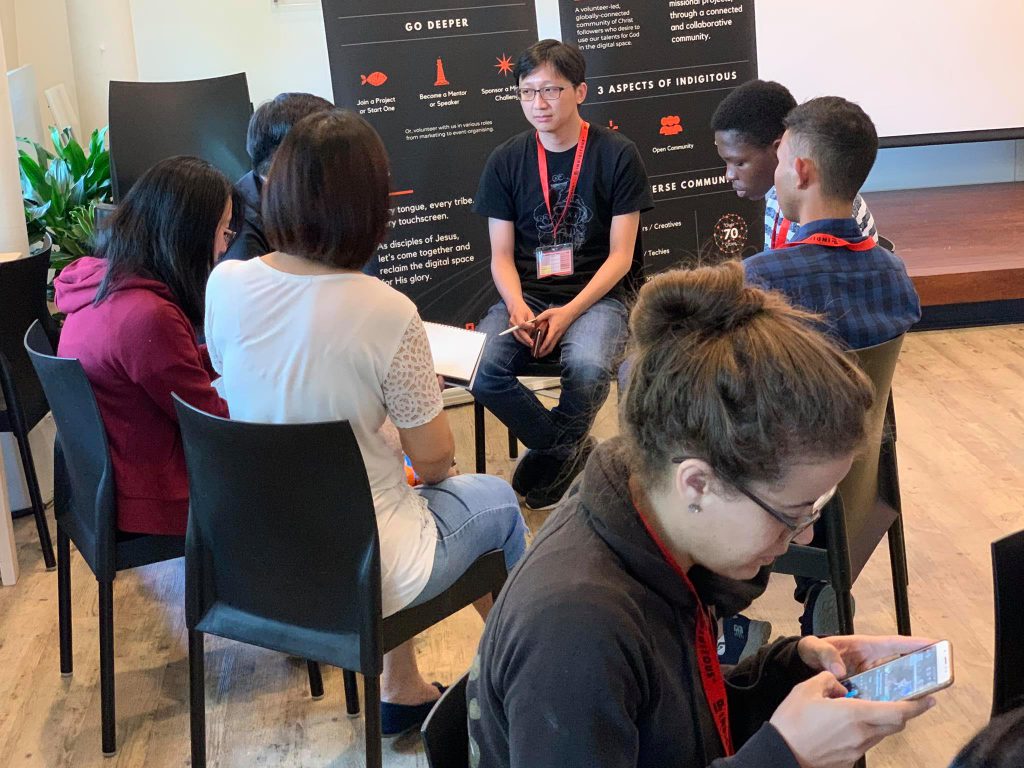 Singapore was one of 37 cities and 26 countries that took part in Indigitous #HACK from September to November this year. Over 1,100 hackers gathered across the globe to work on projects of missional importance. “It’s inspiring to see my fellow teammates work on solutions that will have real-world change and will impact lives of people who have yet to hear the Gospel,” says Han, a participant at Indigitous #HACK Singapore.