Hello, my name is James and I’m a frustrated indie Christian filmmaker.

Why am I frustrated? I’ll get to that in a bit, but let me start by being brutally honest.

My original intention was to write a subtle promotional blog post to help promote a short film I recently created called No Mere Mortals. It’s based on a C.S. Lewis quote and it offers a 6-minute glimpse into my journey (aka ongoing failure) to truly see others as God sees them. Yes, I realize I still just promoted it, so check it out if you like, share how it impacted you, and then share it with others if you want to help impact more people.

Now that my promotion is out of the way, honestly, there’s something much more important to talk about.

Since I released No Mere Mortals, about 1,000 people have seen it, which is great. It’s not a million or billion views, but who am I to say how God will use it?  And people have shared with me that it has deeply impacted them in various ways, Christian or not.

But I created it in hopes of providing it to as many people as possible in the body of Christ. I envision the film being leveraged as a starting point to tackle the root of the prevalent and destructive “us vs them” mentality that propagates through nearly every area of our lives these days, even division within the body of Christ.  If people don’t want to use it, that’s cool, too.

But if they are never given the choice, that’s what I’m concerned about.

To help spread the word, one thing I did was reach out to an online Christian ministry who provides free resources to churches for evangelism and discipleship. Do you know what they responded with?

I was baffled. I was offering something for them to use, and because they hadn’t found me, they automatically wouldn’t consider it? And how would they have ever known I have content in the first place? To be fair, they said they’d make an exception and run it by their team, but I’ve yet to hear back from them.

All of this made me realize that equipping the body of Christ is a much much bigger problem to be solved.

We need a central resource

If there are hundreds of thousands of churches, ministries, and Christian organizations out there  — as well as billions of individual Christians — who would greatly benefit from evangelistic and discipleship content, how in the world would they ever know it exists?

If they don’t know it exists, they will never be able to use it.

Why is it, in the year 2022, that we still don’t have at least one central resource where the body of Christ can go to see nearly every video that’s available to be used for evangelism and discipleship?

Other industries have solved this problem:

YouTube hasn’t solved this problem, since Christian content is buried within everything else. Plus it’s at the mercy of their increasingly restrictive agenda-driven algorithms.

You might be thinking, if I’m so worked up about this, why don’t I lead the charge in building a team of passionate and talented people to tackle such a thing? I can’t because God has made it very clear to me that my calling is to focus on creating stories of God.

Please, ask the Lord if this is something He wants you to do. If this is you, then partner with other people who have been called to the same great vision.

And then, just make it.

This can be solved.

Christians will join together to create collaborative solutions to problems like this at Indigitous #HACK. Join us to use your talents to make an impact and help make Jesus known. 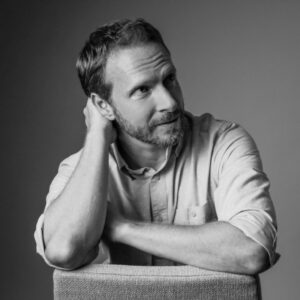 James is a filmmaker, photographer, and founder of Altaer Creative 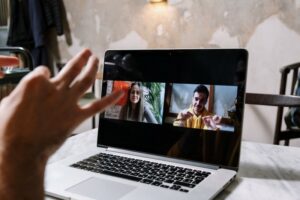